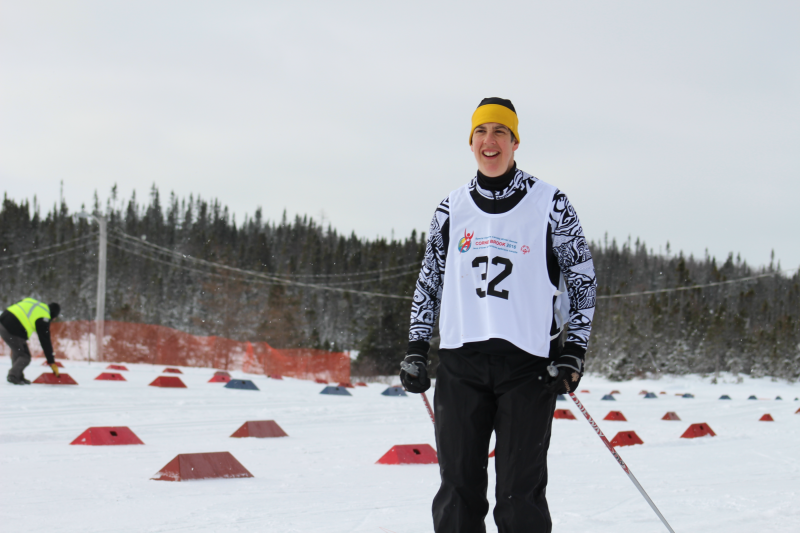 Brita Hall is an accomplished athlete, having stood on a podium more often than most, with six Special Olympics World Games gold medals to her name.She is truly a “Golden Girl” - full of energy, very active and her smile is infectious.

“She’s a delight to be around,” says Steven Dreger, Brita’s friend from Special Olympics Manitoba. “Her positive attitude rubs off on everyone around her.”

In 2013 a small ceremony attended by family and friends, Hall’s photo was placed on the “Wall of Fame” in the offices of Special Olympics Manitoba. One of the first athletes ever to be inducted, Hall has been active in Special Olympics for 35 years, competing in both summer and winter sports on provincial, national and international levels.

In 2004, Hall was named Female Athlete of the Year for Special Olympics Manitoba and in 2005 was named Special Olympics Canada, Female Athlete of the Year in Toronto. When Hall was only nine weeks old, a car accident changed the course of her life and the lives of her parents forever. Doctors gave her only a ten per cent chance to ever walk or talk. Indeed, she didn’t take her first steps until she was almost five years old―but then a miracle occurred. Her parents put her feet inside a pair of ice skates that same year―and she started skating almost immediately―and skating well.

Something about the physical exercise and Hall’s own motivation literally moved her forward in her development. Not only was she skating, but also running at top speed. In 1980, Hall competed in her first Provincial Summer Games, in Pan Am Stadium at the University of Manitoba in Winnipeg. She took gold in the 800m race, beginning her award-winning record of achievement. 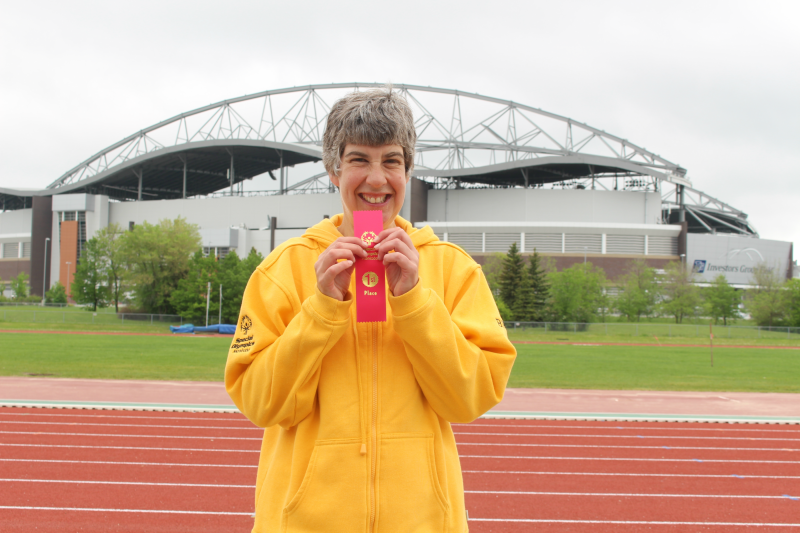 “She’s really taken us around the world,” says her mother, Birgit Hall. “Brita loves her sports and the socialization she gets from being around the other athletes. Special Olympics has changed Brita’s life, allowing her to develop and perfect so many skills. Her participation in Special Olympics has given her so many opportunities to grow, travel, gain confidence and learn self-discipline.” Her mother adds: “Besides her athletic skills, she has gained so much more, including healthy eating habits and life style, as well as her amazing dedication and striving for excellence.”

Before athletes can participate in international games, they have to compete in Provincial competitions, in each sport different criteria will qualify an athlete for a national or international games. Hall easily met the criteria, allowing her to be added to Canada’s national teams in world-class international venues. Despite her normal Monday to Friday work schedule, Hall makes the time to train five times each week at the Max Bell Centre and runs during her lunch time. Throughout her remarkable athletic career, Hall has received eight “Gold Award of Excellence in Sport” honours from the Province of Manitoba. In addition, she has been the recipient of three levels of the “Duke of Edinburgh Award,” which is designed to encourage youth to set and achieve goals through self-development, self-training and personal achievement, based upon individual effort and improvement.

She was the first athlete to be awarded a life-time achievement award on behalf of Special Olympics Canada. She was presented with the Bronze Award by Winnipeg Mayor Bill Norrie, the Silver Award by Lt. Governor George Johnson and the Gold Award by His Royal Highness Prince Edward when he visited Winnipeg in 1990. She was the first person with an intellectual disability to ever receive these awards in Manitoba. 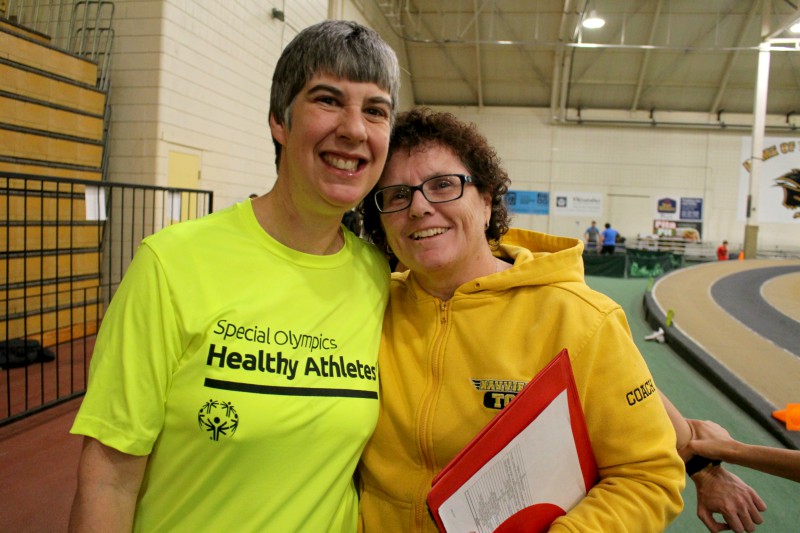 Where is Brita now? She is still as active as ever, a member of the Navvies Track Club and a skilled cross-country skier. She most recently competed on the national stage in Cross Country Ski at the 2016 National Winter Games in Corner Brook, Newfoundland. She is currently training in preparation for the 2018 National Summer Games in Antigonish, Nova Scotia which take place this August. Brita is excited to compete on the provincial athletics team and is ready to make Manitoba proud!

You'd be hard pressed to find anyone involved with Special Olympics Manitoba who doesn't know Brita. Her smile still lights up every room she steps into!