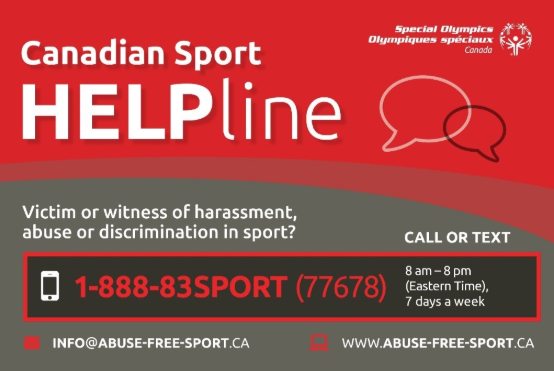 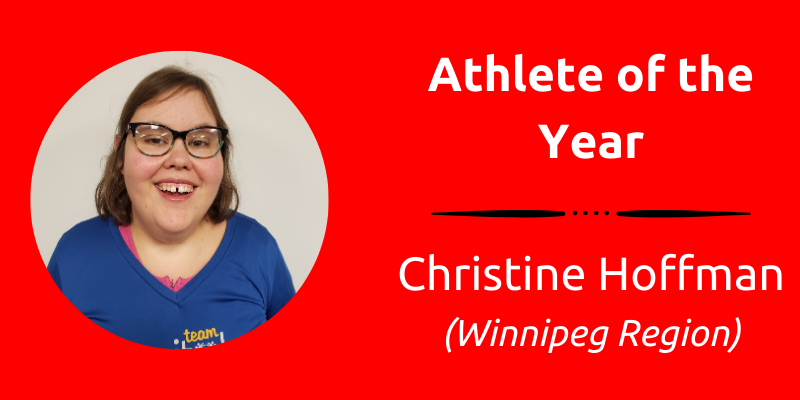 Christine has been an athlete with SOM for six years and participated in the last two SOC National Games and SOM Provincial Games, as well as local competitions in her sport of 5-pin bowling. At the last Nationals, she and the women's team won the Gold medal. Christine participated in the Athlete Leadership Program as part of being on the Provincial Team.  Her leadership skills shine through because at each practice, she is always willing to help with facilitating the stretching exercises.

Christine’s commitment to her physical well-being has been an amazing journey to witness. She started these lifestyle changes back in 2017 and it has increased her confidence overall. These changes continued into the 2019-2020 season as she prepared herself for Nationals. She has grown as a leader within her program and is an amazing example of positive changes. Christine is a team player who motivates, encourages, and cheers on her team and the opposition. With all this she remains humble and modest, even after receiving media attention for her lifestyle change.

We are so proud of you, Christine and congratulations on being one of our Athletes of the Year! 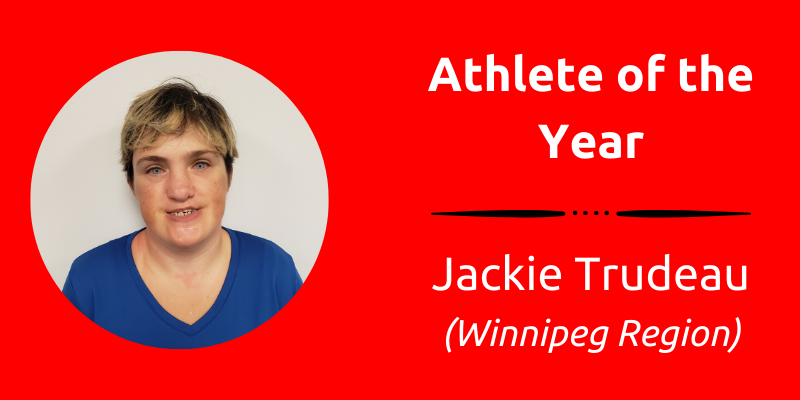 Jackie has been an athlete with SOM for eight years and participates in Alpine Ski with Team Edge.

Jackie competed in the SOC National Winter Games in February of 2020 and she won Gold in the Slalom, Bronze in Super G, and fourth in the Giant Slalom. Jackie also participated in the Athlete Leadership Program Social Media training course to prepare for Nationals.

Jackie recently completed an 8-hour program put on by SONA to become a Special Olympics Health Messenger. She participated in this at the international level and received her certification.

Jackie takes the initiative to register for programs on her own and gives her full effort to participate and carry out the requirements, especially with the Health Messenger program. Jackie is very attentive to her training as she diligently works out on her own and is now committed to using her training to spread ideas to other athletes across the province. Congratulations, Jackie! 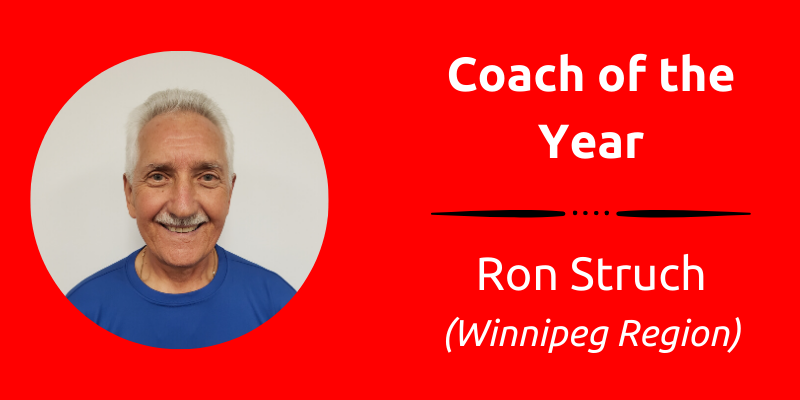 Ron has been a coach with SOM for over 17 years with the Team Edge Alpine Ski program. Ron was selected as the Head Coach of the Alpine Ski team that attended the SOC National Winter Games in Thunder Bay this past February. Ron ensures his athletes strive for their best on and off the ski hill, are engaged at practices, feel part of the team, and are enjoying their down hill training experiences. At the 2020 National Winter Games, he had three Manitoba athletes for the first time, and all received multiple medals. Ron was a mentor for two athletes in the Athlete Leadership Program in Fall 2019 and attended the Special Olympics Saskatchewan Coaches Symposium in October 2019.

This past February, Ron was named Global News’ Coach of the Month. Ron’s calming demeanor and gentle way sets the stage for learning. Not only are his athletes technically strong, they have the utmost respect for ‘Coach Ron’.  Ron has high expectations of his athletes and he is constantly teaching them to be respectful and supportive of their fellow athletes. His technical knowledge is highly regarded by SOC and all the other Provincial Coaches.

Ron truly embodies the true spirit of Special Olympics where every athlete can participate and be supported to do their best. Well deserved, Ron! 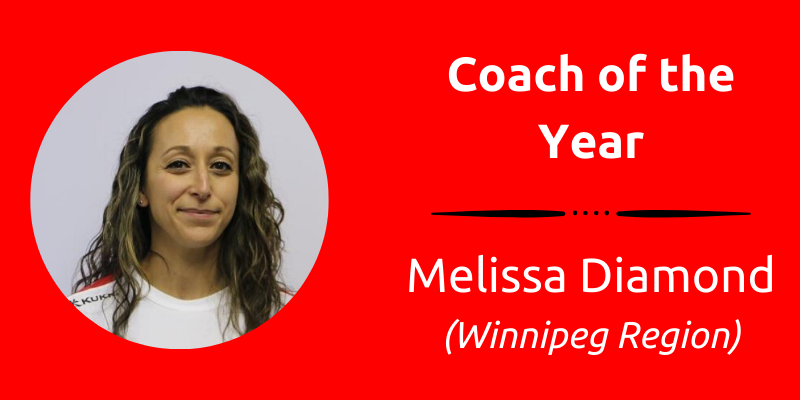 Melissa has been coaching with Special Olympics for 11 years.  She coaches at the community level as the Head Coach of the North End Seals swim program and also coaches with the Schools Program with the school she works in.  She is always willing to support her athletes both inside and outside the pool.  She is committed to both the athletes and their families in seeing that they become the best person that they can be.  She is also very aware of her athletes and can sense when something isn't right and she is there to help them.

Melissa has proven herself to be an exceptional coach at all levels from the club level all the way to an international level with team Canada.  She is always upbeat and energetic to encourage her athletes to their very best and she always gets to know her athletes on a personal level to bring out their best.  She is very dedicated to the provincial team and her own club team as well.

She knows how to bring the best out of every athlete. Congratulations, Melissa! 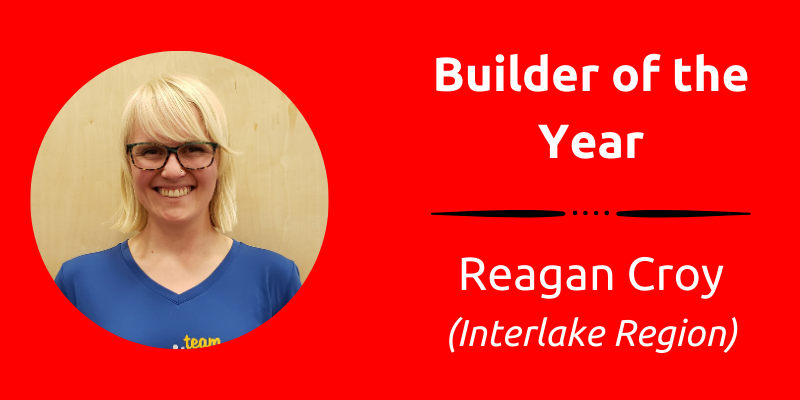 Reagan has been a volunteer with Special Olympics Manitoba since 2013 and is the Head Coach of Interlake Athletics and attended the 2020 National Winter Games as the Assistant Coach for Snowshoeing. She has helped many athletes from across Manitoba achieve personal bests through coaching and support, and the majority of athletes from the Interlake brought home medals.

Aside from Reagan's coaching role, her commitment to building up and increasing awareness of Special Olympics in the Interlake Region is what sets her apart! Reagan helped coordinate the Interlake Snowshoeing Competition back in January, in which she participated as a coach as well. Reagan is dedicated to enriching the lives of those around her and helping all achieve their dreams through sport. Reagan recognized that in order to keep growing our community and providing new opportunities for athletes in the Interlake, that we should host a competition in our region. Reagan took it upon herself to orchestrate a snowshoeing competition along with the help and support of the head office and other volunteers. The competition went well and was the first of its kind to happen in a number of years and helped bring athletes to our region to diversify their sport experience.

Reagan is a member of the Interlake Regional Leadership Team as the secretary. She organizes several Interlake fundraising events, including Paint Night, in the Interlake. Reagan has been an incredible asset to not only the Interlake region, but to Special Olympics Manitoba as a whole. Reagan is always willing to take on new challenges and fill in for roles where there is a need.

She also represented SOM at the National Youth Summit in Vancouver this past March and was a voice for our athletes and coaches in our province. Well-deserved and congratulations, Reagan! 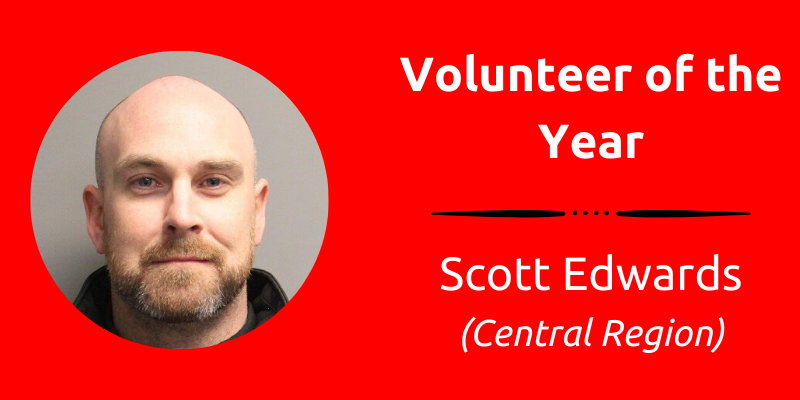 Scott has been a volunteer with the Law Enforcement Torch Run for Special Olympics for five years and is the Organizing Committee Chair for the Morden Polar Plunge. This year’s event resulted in surpassing $100,000 raised for SOM. He also helps with the LETR Truck Convoy event and actively participates each year and volunteers on his own time. He organizes the LETR run involving local schools in both Morden and Winkler.

Scott has been the driving force behind the Morden Police Service participating in SOM and LETR functions. It is through his continued communication with our members about all of the upcoming activities that has allowed us to stay involved. Scott tirelessly organizes and pushes the rest of the committee to exceed and puts on great community events, such as the Morden Polar Plunge.  Not only does Scott work hard at organizing the Polar Plunge, he is also a willing participant. Scott is always the first person at the event site and he maintains an encouraging presence throughout the day. Scott also does his part in raising money for the plunge and jumps himself.At the conclusion of the day again Scott is there to help with clean up and see the athletes off. 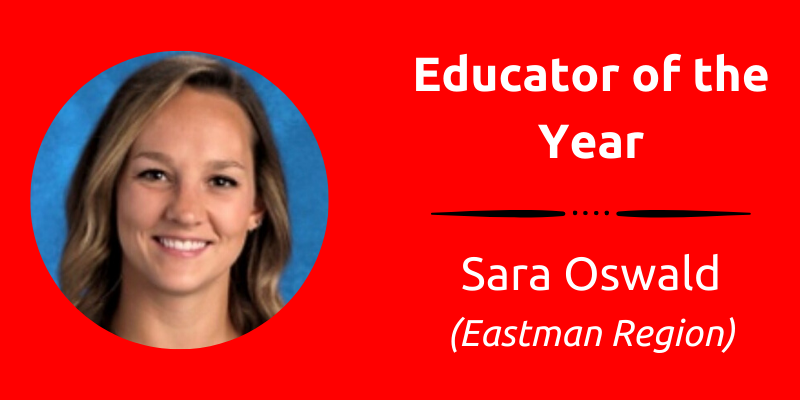 Sara Oswald is from Steinbach Regional Secondary School in the Eastman Region. Her and her team of student athletes attended all of the School Programs events throughout this past season. Sara and the student body at SRSS hosted their own Unified Basketball event for the 3rd year in a row.  Sara and her team host the Unified Basketball event at their school each year, and she helps her school to truly embody the Unified experience.

Sara's team of Unified leaders exemplify how she teaches them to portray the Unified spirit amongst their peers. Her and her students are looking forward to organize and participate in division-wide Unified events, that would be central to the Eastman area. 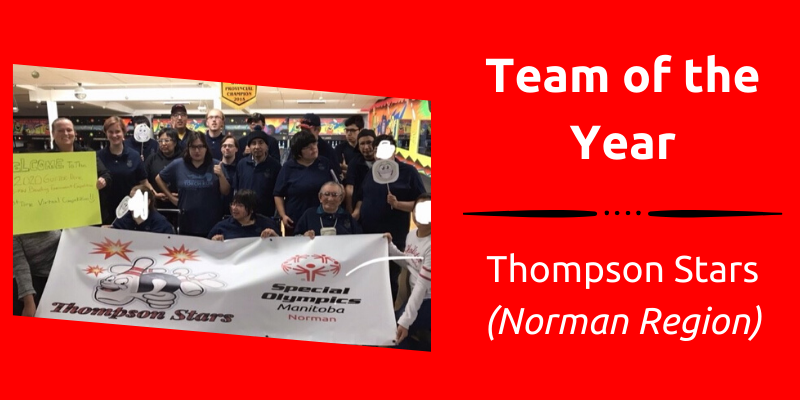 The Thompson Stars 5-Pin Bowling team competed against Winnipeg teams through virtual competitions, where several of the athletes won ribbons and one of their very own, Flora Francois, was selected to the Provincial Team that competed at the 2020 SOC National Winter Games in February. This team is full of spirit and sportsmanship. They encourage each other to continue to progress in their skills. They also fundraise and are true ambassadors for Special Olympics within their community through different fundraising and volunteering activities. They also like to challenge each other to keep their program fun.

Their head coach Sherrie Benner is very honoured to be working alongside her amazing group of athletes.