Please note, we accept cheque, cash,
debit, or credit (over the phone or in person at the office.)
(Online payment not currently functioning.)

Shadow Boxing with Jenna at 5:30 pm on Tuesdays 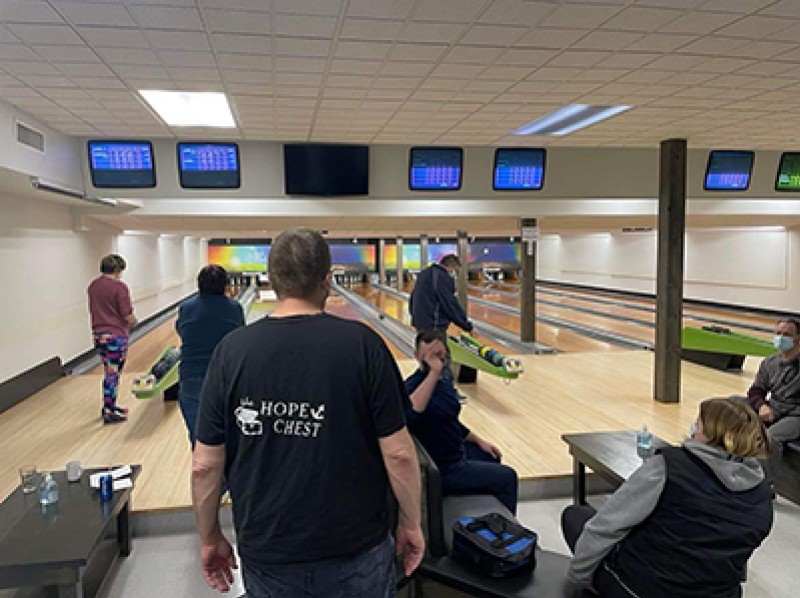 HOW ALAN GOT STARTED WITH SPECIAL OLYMPICS ...AND CAME BACK AGAIN YEARS LATER

I first started coaching when I was a teenager back in the late 80’s coaching a baseball team. Unfortunately, I took a long break from coaching and didn’t get back to coaching until around 2016. We were trying to get bowling going again as our bowling lane was starting to reopen. Realizing that no one else was stepping up to be the coach and I really wanted my daughter, Aarica, to bowl, I volunteered to coach.

Prior to this, my daughter was bowling in SOM and I helped out the former coach, Jeanette, here and there. She was the one who told me that I should put my daughter into bowling.

I often say that being at the bowling alley helping the bowlers is my happy place. Some of them I have known for 30+ years and now being able to help them and just being there puts things in perspective for me. 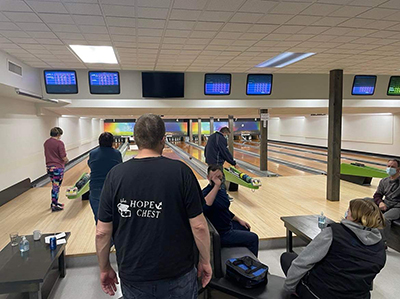 What I like the most is the friendships that have developed there. The in-depth conversations you can have if you just choose to hear.

One of my favourite moments happened at our year-end bowling tournament held in Selkirk, when one of our bowlers who at the time usually struggled to get a strike got a “turkey” (three strikes in a row) and seeing the ear-to-ear smile on her face.

I really think people should volunteer with Special Olympics because the athletes really do appreciate it and sometimes this is the only place they get to participate. What I mean is when Aarica was little, we tried putting her in a dance club and at first it went well. The instructor was patient and Aarica was loving it. However, when the instructor quit and a new one came in, it went really bad. The new instructor told us she wasn’t there to baby sit and told us to take our daughter out of the club. In Special Olympics, you don’t get that attitude, everyone is welcome and cheered on.

Submitted by ALAN DANN, head coach of the Gimli Jets and proud parent of a SOM athlete. 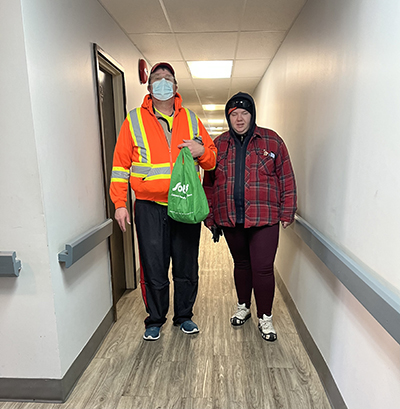