Although the 2021-22 program year was filled with many ups and downs, Camryn Grant and Marlene Enberg found countless opportunities to excel and be a leader to many, even without programs running.

Camryn Grant – Athlete of the Year 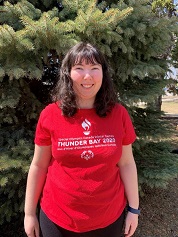 Camryn is this year’s Athlete of the Year as she has exemplified the true spirit of Special Olympics in many capacities over the year. Despite the 2021-22 program year presenting many challenges in the ongoing pause/resume of many programs, Camryn took every opportunity she could to improve as an athlete and be a role model to others. She demonstrated her athletic and personal development when participating in the virtual SOM Flex Series all year round, ALP Hybrid Conference, curling, walking club, being moved up to the Smackers golf program, being named one of the five members of the first Regional Athlete Leadership Council in Manitoba, volunteering at events, athlete speaker at the Stars FORE Golf Tournament, National Chief of Police Conference, PLC and Wolseley Golf Tournament, and being the only female SOM athlete who competed in the All Abilities Golf Tournament hosted by Golf Manitoba. She has been quoted to be very “coachable” as she is always willing to learn and grow, encourage her peers, being accepting of instruction for skill development, and regularly voicing her appreciation to program volunteers, coaches and fellow athletes.

Congratulations for all you have accomplished this year, Camryn!

Marlene Enberg – Volunteer of the Year 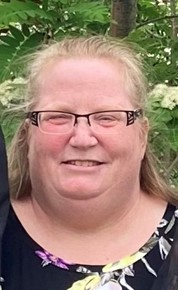 Marlene is this year’s Volunteer of the Year for the example she has set to not only the Norman Region, but to everyone involved in Special Olympics. As this was not a “normal” program year, there were not as many leadership and volunteer opportunities as there typically are, however Marlene did not let that stop her. In her role as Regional Leader of the Norman region, she kept her leadership team engaged and focused with monthly virtual meetings so that they were prepared for when programs start back up, recruited new volunteers and helped get them trained, started three new programs for the upcoming program year, coached her own programs as well as attending any other weekly programs that needed support, had the SOM flag raised at town hall in Thompson for awareness week, put together a SOM float in a local parade, ensured the local LETR event had people cheering them on and was featured in the local paper, as well recruiting new athletes and families to join Special Olympics by reaching out to many different support systems for individuals with an intellectual disability. Her efforts this past year were recognized at the PLC as she is a true example of going above and beyond.

Thank you, Marlene, for all that you do!