A pair of local volunteers have earned recognition from Special Olympics Manitoba.

Sandy Skibo was named builder of the year, while David Kindrat was given the nod as top male coach of the year.

"It’s honestly a team effort," Skibo said. "I don’t feel like I’ve gone out of my way to receive an award. I think the Westman team as a whole should be receiving this award and I just appreciate the people who nominated me from this area to recognize some of the extra work that I do put in. It’s very gratifying."

There are roughly 250 athletes in the large Westman region — which encompasses an area north to Riding Mountain National Park, south to Boissevain, west to Virden and east to about McGregor — and 80 coaches and volunteers.

Skibo, who has been involved with Special Olympics for a decade, has been busy.

She spent her first eight years as an assistant coach with the softball team, attending two national games and the Special Olympics North America tournament in Virginia in the summer. 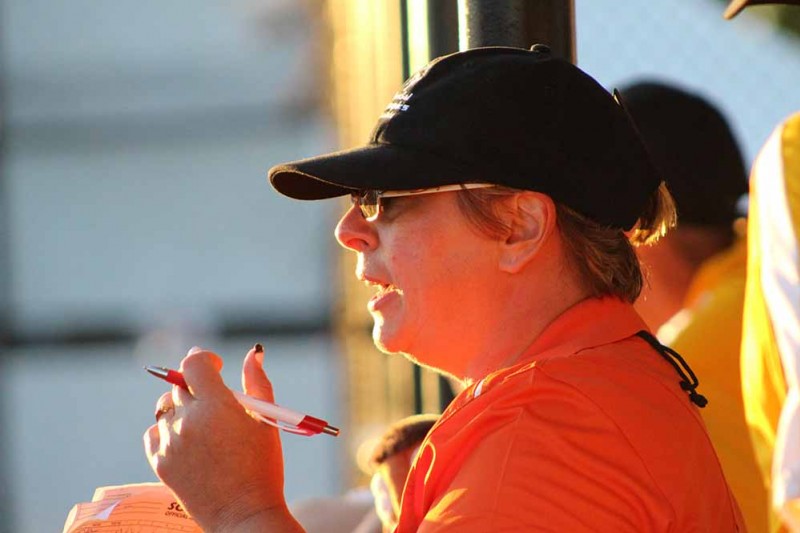 She has also been a floor hockey head coach, attending the national games in 2010.

Her role goes well beyond coaching, however.

In announcing the award, the regional leadership team wrote, "She is the backbone of the Westman region and the ‘go-to’ person for anything related to Special Olympics. Since Sandy has become regional leader for Westman, there has been a substantial increase in registration of new athletes into our programs."

"Dave doesn’t hesitate to help out in any area, anytime; he truly makes a difference within his club, his region, and Manitoba as a responsible and passionate advocate/leader for the movement," Special Olympics Manitoba wrote. "Dave is a head coach that includes and involves everyone in his program; he is personable, open, has a great sense of humour that instantly makes those around him comfortable."

Kindrat works as head coach of the golf team, which has about 20-25 participants, including Danny Peaslee of Souris, who won a gold medal at Level 4 nine-hole golf at the 2015 Special Olympics World Summer Games.

Kindrat began volunteering in Westman eight years ago after originally trying it as part of his practicum at the University of North Dakota, taking a team to the state games in the mid-’90s. The golfers play in Shilo every Tuesday evening. 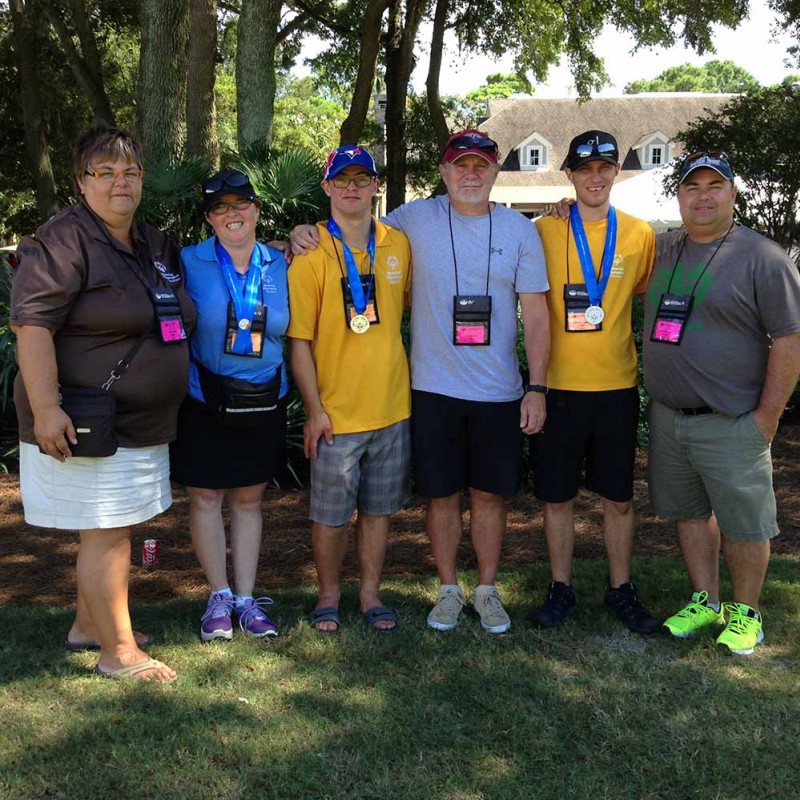 (Westman - Parkland Golfers and coaches - David is on the far right)

"When I think of having a bad day and have a pity party and see what they may have to go through during a day and be able to smile and compete and have fun, to me that’s the most enjoyable thing," he said. "Seeing them on a podium, whether they’re getting a medal or competing and reaching the goals that they set out or are striving for, that’s pretty rewarding."

He found out about the award on Wednesday when he received a text of congratulations from one of his athletes.

He said it’s a fulfilling way to spend his time.

"I’m not in it for any kind of self-gratification or any kind of notoriety but getting noticed, and especially by your peers, is pretty special," he said. "I never expected this so when I heard about it, it was a really special moment."

Brandon is hosting the Manitoba Games in June but Skibo is stepping back from a planning role. Since Westman may field two softball teams, she may serve as a coach at the event instead.

Skibo, who found out about the award on Monday, said it’s not work to spend time with the athletes, who she enjoys being around.

"I find them very accepting," she said. "It doesn’t matter what type of personality you have or your race or religion, everyone is very accepting. I really enjoy that. Some of the things that they come out with, you can have a really bad day and then come to Special O bowling or a baseball practice and some of the stuff they come out with, you’re leaving with a big smile on your face because they have had you laughing for that last hour. It’s a great stress reliever."