Constable Scott Edwards has been involved with the Manitoba LETR since 2014 and is currently the Secretary on the Executive Committee. He is also the Chair of the Morden Polar Plunge Committee, which is in its 5th year. The event surpassed the $100,000 raised mark this past February. He's instrumental in organizing the Torch Run with Special Olympics Manitoba athletes and students from local schools in June that takes place in three different towns in Southern Manitoba.

Scott goes above and beyond and supports all provincial LETR events and does everything with a smile.

1. What is your role in law enforcement?

I am currently a Police Constable with the Morden Police Service. I have been a Constable for almost 12 years, and am currently assigned to general patrol. We are a relatively small service, so we wear many different hats and everyone has specialized training in certain areas of policing. One of those specialized units is the K9 unit, which I am fortunate enough to be the K9 handler to our 9-year-old canine Chase.

2. What do you love about your job?

Variety. Although paperwork and sitting at a computer is something that comes with the job, I also have the opportunity to work outside and explore every area of our community. Police also get to meet a variety of people in a number of different situations, but being able to help someone no matter how big or small, is always very gratifying.

3. Do you have a favourite moment/highlight from your career?

Highlight would be taking on the K9 handler duties. Chase is the first K9 for our service, so having a hand in the day-to-day operations of that has been rewarding. She’s a part of my family and we’ve got to meet and work with other agencies as a result of the work she does.

4. In what capacity do you participate in LETR?

I currently sit on the Manitoba LETR executive as Secretary. I have been one of the organizers of the Polar Plunge that we do in Morden through the LETR for the past 5 years. I also organize the yearly Torch Runs in the area every June, and have taken part in several events including the Opening Ceremony of Provincial Games as well as the LETR Truck Convoy.

5. When and why did you get involved with Special OIympics/LETR?

I volunteered with Special Olympics when I was in high school, and was re-introduced once I took on a role with the Manitoba LETR in 2014. There has

6. What is your favourite Special Olympics/LETR moment/memory?

Morden has a local athlete that has excelled at the National and International level, and I was fortunate enough to take part in a medal celebration held in 2017 in her honour. The organizers had family, friends, coaches and some dignitaries gather to celebrate her and her accomplishments. Another officer and I were flag bearers for the celebration. The athlete was very engaged with anyone that wanted to hear a story about one of her many medals, but what stuck with me was the support our community showed for her and continues to show for her as a Special Olympics athlete. 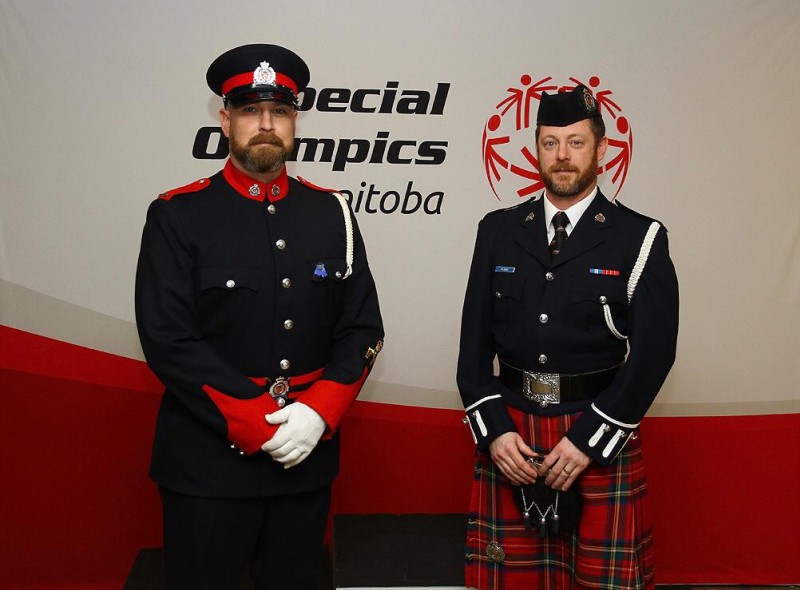 7. How has Special Olympics/LETR changed your life?

Special Olympics and the LETR allow my coworkers and I the opportunity to get involved with people outside of our jobs in law enforcement. It’s empowering to be a part of these organizations, and I have lasting memories of the genuine appreciation for the events we take part in. I’ve also been able to meet a lot of people and made a lot of connections as a result of my time spent volunteering with Special Olympics and the LETR.

8. Why should other law enforcement officials get involved in the Manitoba LETR?

I believe volunteering at any level is an important part of our profession as members of law enforcement. Taking part in an organization like the LETR, that has such a long history of raising funds and awareness for Special Olympics, is something that will have a positive impact on not only your local athletes and law enforcement members, but also your community as a whole.