I have been involved with the Law Enforcement Torch Run for Special Olympics Manitoba for 10 years and currently hold the position of Director for the Manitoba Chapter.  I became interested in the Law Enforcement Torch Run when I had the opportunity to attend the 2011 LETR International Conference in Calgary, Alberta.  It was the 30th anniversary of the LETR and seeing everyone come together for a great cause stole my heart.

The proudest moment so far being with the LETR was when I represented Manitoba at the first Invitational Youth Games in Toronto, Ontario.  It brought youth from all around the world and we celebrated the 50th anniversary of Special Olympics.  Truly a moment I will always remember. Being a part of Special Olympics and the LETR has brought such a huge change in my life.  I am just a small part in the organization but knowing that when I volunteer and go to events it brings joy to the Athletes.  They put so much effort and hard work into their practices to make it to either provincial or national games and knowing that I can be there to support their efforts makes all the difference.

I encourage anyone whether you are law enforcement or not to get involved in any capacity with Special Olympics Manitoba.  Without amazing volunteers we would not be able to make such a difference in the lives of these incredible Athletes.  The LETR is not just about fundraising but being a mentor to a child, youth or adult with and Intellectual Disability. 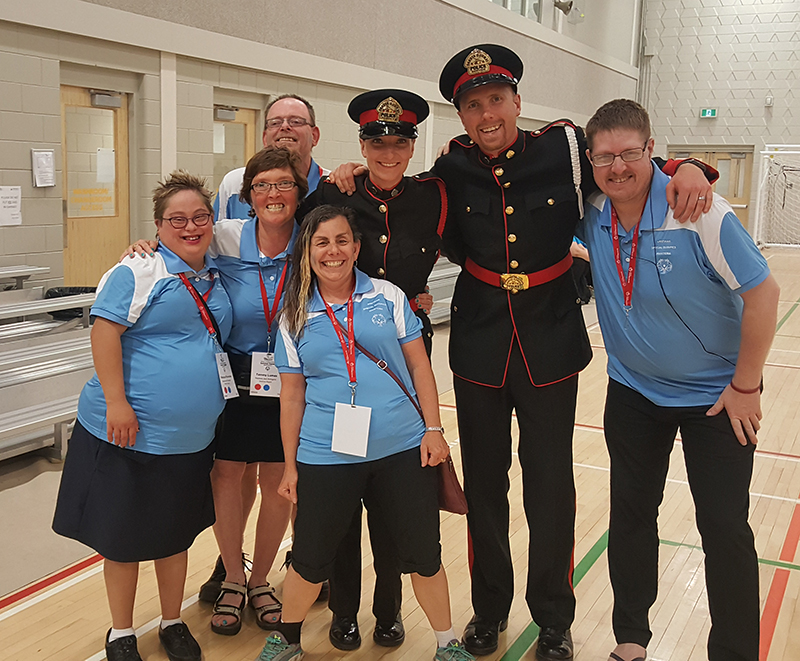