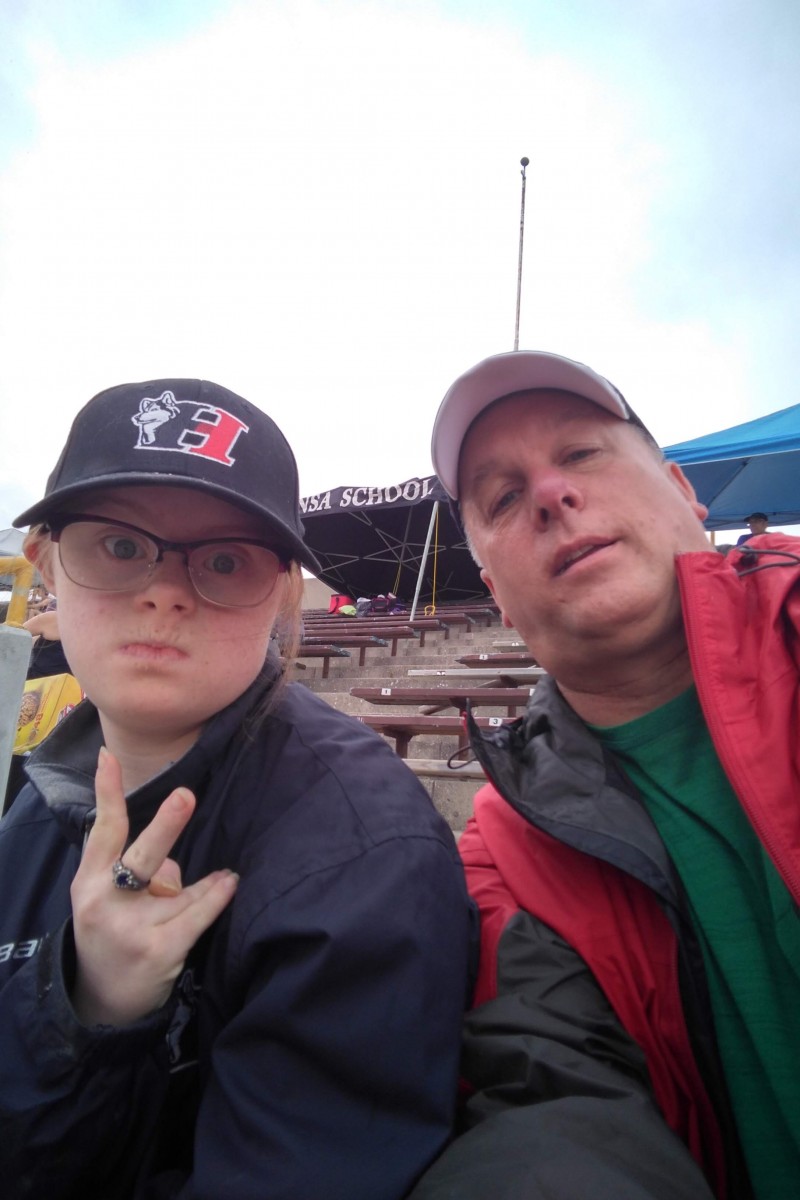 How did you hear about Special Olympics Manitoba? Who encouraged you to volunteer?

I have always known about Special Olympics being a teacher but never really thought much about it until Mikayla was born in 2002. I remember telling Mikayla's mother, Marina, as we were leaving the doctors office where we were first told of Mikayla and Down syndrome, that she would become a star as an athlete with special olympics.  I was able to organize a "Special Olympics component" in the Park West School division Middle Years track and field meet the year Mikayla was in Grade 5. It was a great success for the many students involved and continues to this day.  After Mikayla entered grade 9 in 2016, her options for school sports diminished, I started looking at different options for her athletics. Along came Parkland Special Olympics and Tina Boryskavich.  At first, I was just involved as a parent and getting Mikayla to the different events. The next year, I was asked by Tina if I could help out with the Track and Field events. I took that role but not really as a coach, more organizer, timer, motivator. In 2019, at a provincial Bowling tournament Mikayla was in, I was asked by Doreen Miles if I would be interested in taking over the Treasurer's books for the Parkland SO Region. She promised me it would not be that much work. 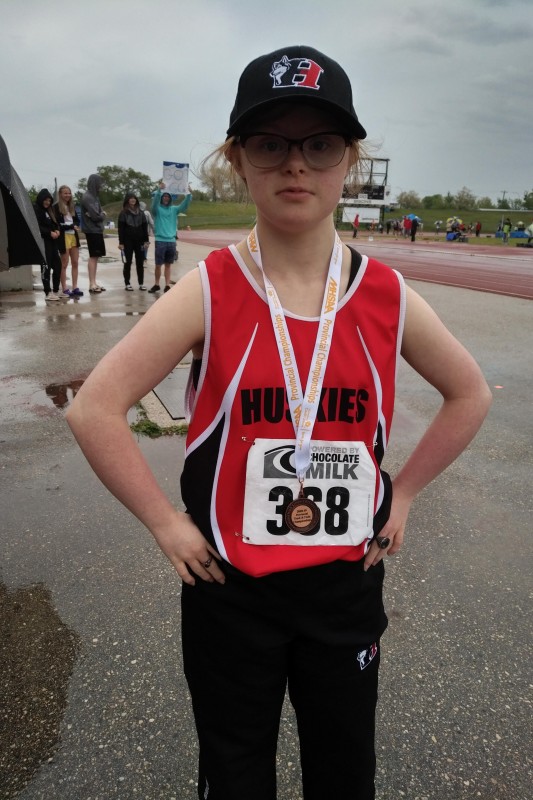 I love it. Absolutely love it. Being a part of the events, watching the athletes and participating in social events afterward is perfect for my own mental health. Being able to give Mikayla another outlet for socialization and sports is what it is all about.

What was life like for Mikayla before Special Olympics? 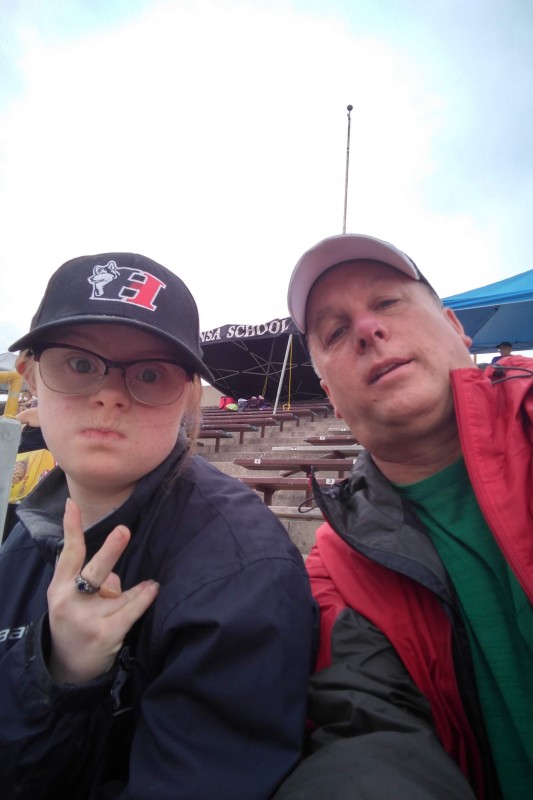 What has been the biggest difference you have noticed in Mikayla and in your life since joining Special Olympics?

Mikayla has always been a 'competitive' child wanting to do her best. What SO has given her is an opportunity for Mikayla to give it her best. When we first started in SO Mikayla did not do alot of things on her own. Her first experience with regional track and field, I had to be there to make sure she did not get to over burden with the new faces, the friendly faces, etc. Her confidence level now in so many things is amazing and it has to do with SO being able to let her be independent (find her way to the event, line up, listen to instructions, understand the rules and accept the outcomes.) Even her older brother sees a difference in Mikayla's independence. For myself and her mother and her brothers, it is the independence that we see in her.

Since in person programming has shut down, what have you and your family done to stay active?

Mikalya continues to dance by an online class through her hometown dance club. Before everything shut down, we try to do bowling in Brandon and she is participating in her in-class phys-ed class. There are also some additional activities that are organized in the school for her and other students. Recently, I connected the school with Alexis to see about organizing a Zoom workout.

Why should other parents & caregivers have their children join Special Olympics?

I guess my first gut answer to this is WHY NOT? This is the greatest opportunity for children/young adults to have an opportunity to compete in sports that promotes "equity" and "fairness" for play.  Mikayla's oldest brother, Jordan, is of Indigenous heritage. When he first had the opportunity to compete in an all Native Hockey Tournament, Jordan told us it was the first time he felt he was in the majority. As silly as it sounds, for Mikayla, she is only 1 of 2 students in her school with Down syndrome. She is the only one we see at dance recitals with Down syndrome. And while she is accepted as a member of the team or dance group, Special Olympics lets Mikayla be in the majority. With SO, Mikayla experiences what her brother did; she is just absorbed as a part of the group. SO allows that and does it so that my daughter, and all children/young adults, have the opportunity to shine to the best of their ability with the most incredible support system ever known. 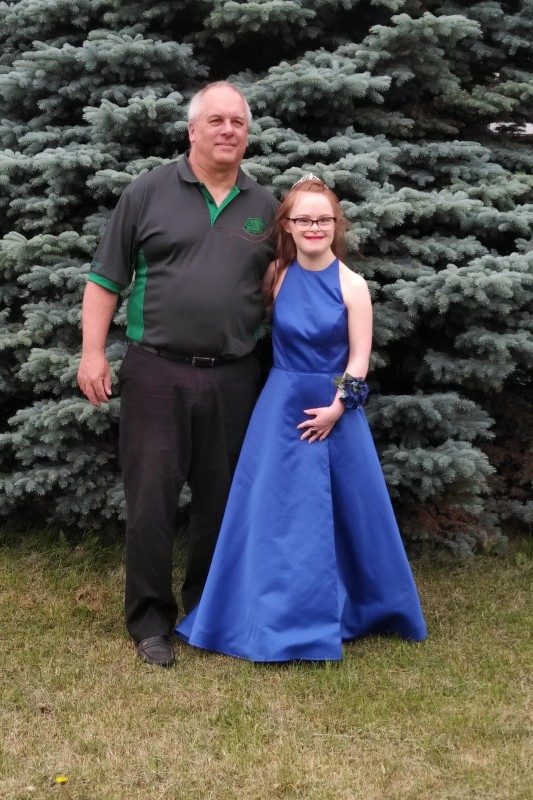