A Loss is a Gain for 5-Pin Bowler 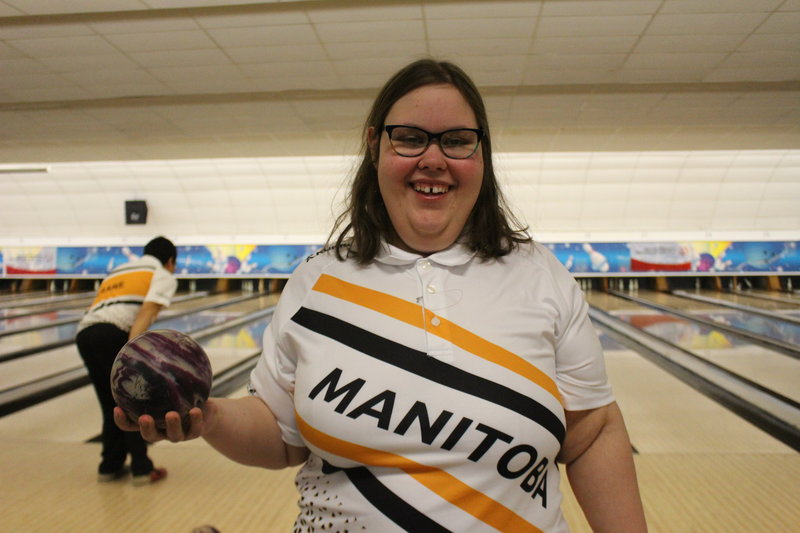 When Christine Hoffman was selected to compete in the 2018 Special Olympics Bowling Championships, she decided that it was time to make a change.

Today, the vibrant young woman, who was once a shy and introverted girl, has lost over 100 lbs and gained a new sense of confidence, and a new lease on life. Through pure dedication, hard work, and a lot of support from her foster mom, Christine made a lifestyle change that many of us would find hard to do.

In January of 2018 she began seeing a dietician and training hard, bowling 2x a week, training in athletics 2x a week, and swimming once a week, on top of attending CrossFit.

"I feel pretty good. I feel healthy," said Christine when asked if she's noticed a difference in herself.

The past two years have been a journey for Christine, and her coach Mélissa Perron, but it's been one they've both equally enjoyed. Originally from Québec, Mélissa moved to Winnipeg in 2008 and started coaching 5-Pin bowling with Special Olympics Manitoba in 2014. She's been Christine's coach back home for the past 5 years,and this will be her second time coaching Christine on the National Stage.

"It's pretty inspiring to see something how this has empowered her to have more confidence," said Mélissa. "I'm very proud of the growth that I've seen in her. I feel lucky to have been part of her journey."

Now, Christine is not only an inspiration to her whole team, but she had the honor of being Team Manitoba's flag bearer for the Winter Games Opening Ceremonies. It was a moment she will never forget.

"It was really good to be the flag bearer. I was proud to lead in the team," she beamed after the Opening Ceremonies. "I'm looking forward to competition and showing Canada what I've got. Go Toba go!"